I’m so excited to share that TIGER QUEEN, my new young adult fantasy novel is out in the world today. You can buy a copy anywhere books are sold! 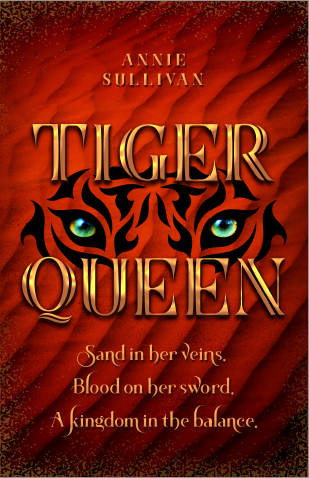 In the mythical desert kingdom of Achra, an ancient law forces sixteen-year-old Princess Kateri to fight in the arena to prove her right to rule. For Kateri, winning also means fulfilling a promise to her late mother that she would protect her people, who are struggling through windstorms and drought. The situation is worsened by the gang of Desert Boys that frequently raids the city wells, forcing the king to ration what little water is left. The punishment for stealing water is a choice between two doors: behind one lies freedom, and behind the other is a tiger.

But when Kateri’s final opponent is announced, she knows she cannot win. In desperation, she turns to the desert and the one person she never thought she’d side with. What Kateri discovers twists her world—and her heart—upside down. Her future is now behind two doors—only she’s not sure which holds the key to keeping her kingdom and which releases the tiger. 1 thought on “TIGER QUEEN is out today!”